Somehow it’s already March, which means it’s Women’s History Month, so I wanted to take this opportunity to highlight some of the many amazing cardiologists and researchers (who also happen to be women) who have shaped our field.

Last month, I wrote about the importance of science outreach, especially with regard to promoting science and cardiology to young girls and women, because women still make up around only a third of scientific researchers and only around 13% of cardiologists are women. To learn more, Renee P. Bullock-Palmer’s most recent blog is a great resource.

This month I wanted to highlight some of the women who paved the way for the rest of us. Now, unsurprisingly, simple Google searches for things like “scientists who shaped cardiology” or “most famous cardiologists” provide results that are pretty male and pale. There weren’t that many pieces that included women in their lists of cardiologists/researchers, and there were only a handful of sources I found that focused specifically on women. Lucky for you, I’ve collected what I found here! I’m also going to highlight several of the brilliant women who shaped our field – this is by no means an exhaustive list of amazing women in cardiology (or their accomplishments) because there are too many to fit on one list.

Maude Abbott, MD was a Canadian physician who invented an international classification system for congenital heart disease in the 1930’s. Her work the Atlas of Congenital Heart Disease became the definitive reference guide on the subject.

Helen B. Taussig, MD, FACC is widely regarded as the Founder of Pediatric Cardiology. In the 1940’s she developed the operation to correct the congenital heart defect that causes “blue baby” syndrome. She received the Medal of Freedom from President Lyndon B. Johnson and was the first female president of the American Heart Association. Myra Adele Logan, MD was the first woman (and only the 9th person!) to operate on a human heart in 1943. Marie Maynard Daly, PhD was first African American woman to obtain a PhD in chemistry in the United States, whose research in the 1950’s was invaluable in demonstrating the relationship between high cholesterol levels and heart attacks. 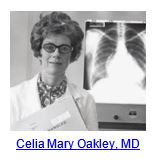 Celia Mary Oakley, MD was one of the first women cardiologists in the United Kingdom and was part of the team that coined the term hypertrophic cardiomyopathy in the late 1950’s.

Sharon A. Hunt, MD was just one of seven women in her 1967 medical school class and she went on to revolutionize the field of heart transplantation by working to improve survival rates by identifying and treating rejection and determining how to reduce the side effects of the drugs.

Nanette Kass Wenger, MD, was among the first cardiologists to focus on heart disease in women, and to evaluate the different risk factors and manifestations of the condition, specifically coronary artery disease, in women and men. I was lucky enough to talk with her about her work at AHA Sessions 2018, which I wrote about here. You can also follow her on twitter @NanetteWenger.

Christine Seidman, MD, is a researcher who transformed the field of cardiovascular genetics with her research that uncovered the genetic basis of many human cardiovascular disorders, including cardiomyopathy, heart failure and even congenital heart malformations.

Elizabeth O. Ofili, MD, MPH, FACC is a clinical scientist who led the effort to implement the landmark African American Heart Failure Trial (AHEFT), whose findings improved the practice guidelines for the treatment of heart failure in African Americans. She also became the first woman president of the Association of Black Cardiologists in 2000. 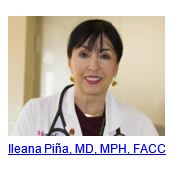 Ileana Piña, MD, MPH, FACC is a nationally renowned cardiologist known for her work in heart failure and improving patient rehabilitation outcomes. Her work has also upturned preconceived notions about women in the medical community and she works tirelessly to get more women into clinical trials.

Rong Tian, MD, PhD is a leader in the field of cardiac metabolism whose work has been translated to clinical trials. Among her many contributions, she was the first to demonstrate that AMP-activated protein kinase (AMPK) acted to remodel cardiac energy metabolism, which critically informed the heart failure field. You can also follow her on twitter @Rongtian2.

I want to note, that these cardiologists and researchers are not important just because they are women – they are talented scientists and cardiologists who happen to also be women. But pieces like this are important because representation matters. It’s important for everyone, especially young girls and women, to see that it’s possible not just to be successful in this field, but also to revolutionize it.