I specifically sought out the Sunday morning session, “State of the Art in Hypertrophic Cardiomyopathy.”  As an internal medicine resident at Emory, I’ve had several experiences seeing patients with hypertrophic cardiomyopathy (HCM) in the outpatient clinic.  Unlike many other fields of cardiology, HCM is a niche dominated by young, otherwise healthy patients.  The title of this session alludes to how little we know about HCM, and how the practice of managing this complex condition truly is an “Art.”

Much of the session was an exercise in taxonomizing the umbrella term, “HCM,” splitting that pie from a number of interesting angles.  Dr. Sharlene Day divided HCM by obstructive phenotype: obstruction at rest, obstruction with provocation, and no obstruction.  Our approach to therapies has been driven by a focus on relieving obstruction, but strategies for treating symptoms in the absence of obstruction represents an open frontier.  Currently, the MAVERICK-HCM trial is studying the use of a cardiac myosin modulator in this patient population. Next to the great talks, there are also great posters at the American Heart Association. Some of these posters I would like to highlight in this blog.

Muna Hammash presented that interventions such as psychoeducational before and after ICD insertion may improve perceived control and, in turn, quality of life. 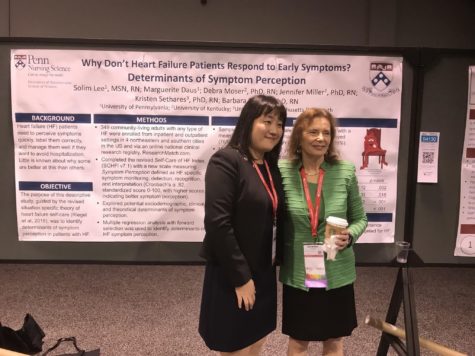 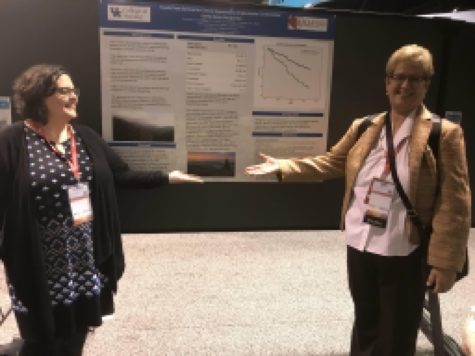 Hiroko Ishida presented a poster on dyad research. She found that health literacy of patients with heart failure and their caregivers was independently associated with caregivers burden. In another research on self-care, Miyuki Tsuchihashi-Makeya found that health literacy was associated with poor self-care. Furthermore, she found that perceived control mediated the association between health literacy and self-care behaviors in patients with heart failure. I would like to thank all the researchers in this blog for their enthusiasm to discuss their work with me! Leonie Klompstra is a Nurse Scientist at the Linköping University in Sweden. Her primary focus is on heart failure and rehabilitations.